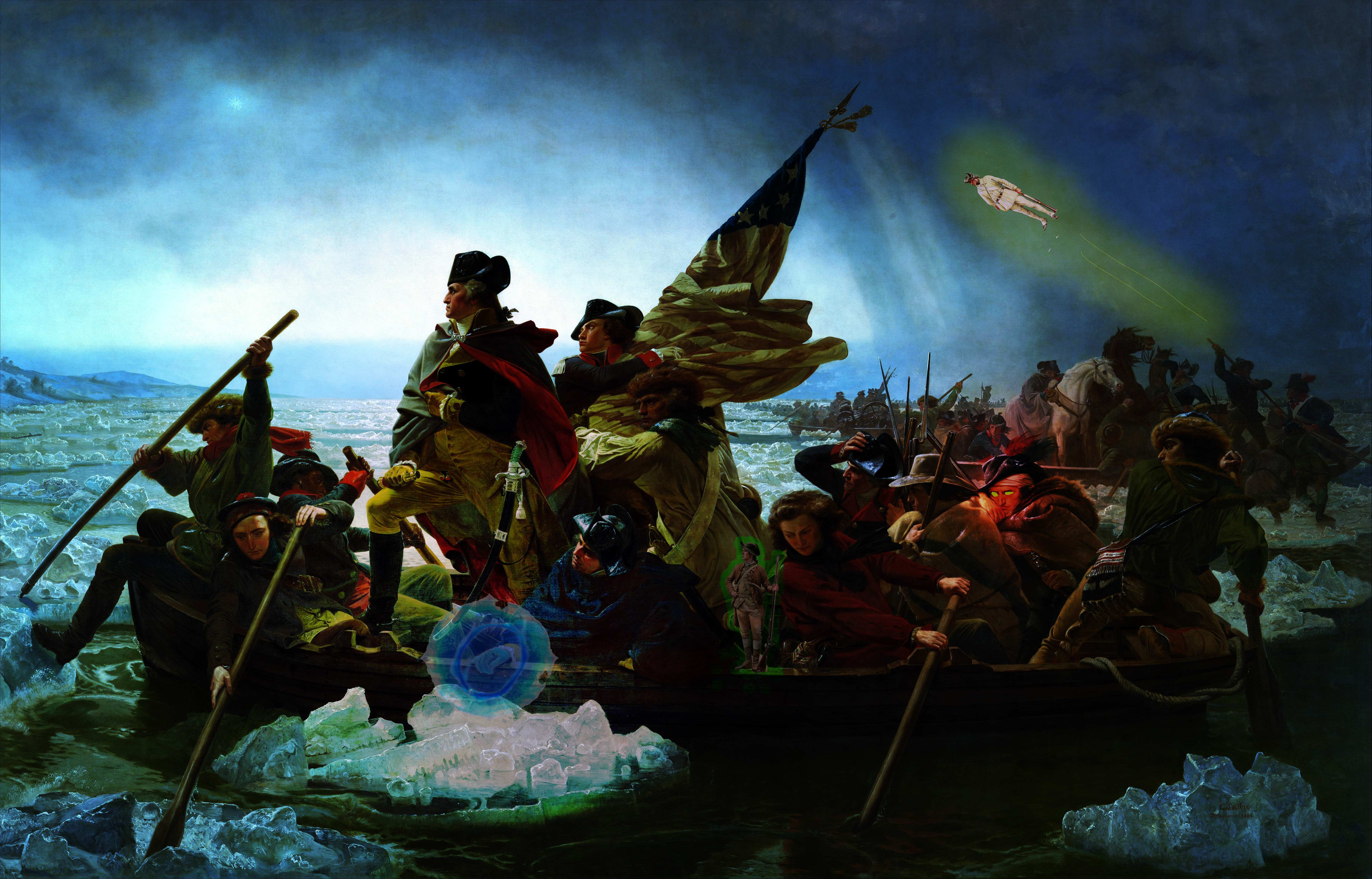 After their successful naval operation, the Legion had some liberty in New York while Washington fortified the city against British attack. The team received their Continental Army coats, and finally decided on a sergeant, with Godot receiving a plurality of the votes. John decided to improve his personal fortune by transmuting a large block of dirt into gold; unfortunately, transporting it turned out to be a major challenge, and it took a few days before he was able to find an engineer who could transport the gold to a bank.

Sam Adams met the heroes in New York and asked that they take the pulse of the city. While John, Godot and Francis were preoccupied with their giant gold brick, Suzanna and Jacoby took to the streets to understand how the people of New York felt about the rebellion. Both heard that a majority of New Yorkers just wanted to go about their business in peace, but Suzanna picked up news of a threat to Washington. Not a fan of the General’s slaveholding practices, she opted to keep news of this threat to herself.

Four days into their visit to New York, General Washington invited the Legion to dine with him at his headquarters, the Richmond Hill estate. Washington greeted the heroes cordially, but his mention of his slave cook Hercules rather soured the discussion for many of the team. Partway through the dinner, the heroes heard a shot from out front, where Washington’s small guard force was posted. Before they could react, two identical Native American women burst into the room and fired muskets at Washington, who went down, badly injured. Francis and Jacoby activated their powers, and Francis knocked one of the women into a wall; John and Godot attempted to negotiate, but their efforts came to nothing as five more men burst into the room, and the strange woman ordered them to “Kill the superhumans.” All fired pistols, and Godot was hit and wounded.

With discussion not on the table, Suzanna shifted into a moose and imposed herself between her fellow Legionnaires and the attackers. The attackers fired nevertheless, but only Jacoby was hit, and took the shot easily on his armor. Francis activated his fire axe and swung at the woman, but missed. Jacoby moved up and killed one of the male attackers while Godot threatened the woman and John attempted to seduce her. Neither approach worked, and both provoked laughter and taunts from the woman as she struck Francis hard, knocking him back, and made her escape, saying simultaneously from two throats, “I am Kahwhita – we will meet again.” The other attackers escaped as well while John tended to Washington, successfully healing him. Washington pronounced himself in their debt, and, at Godot’s request, freed his cook, Hercules, and his family. Having recently purchased a tavern in New York, John offered the new freedman a position there as a cook.

Legion of Liberty Session 6Washington ordered the Legion to proceed to Philadelphia to lend the weight of their experience to the Continental Congress’s debate about potential independence from Britain, and the team set out by road to see what they could do…