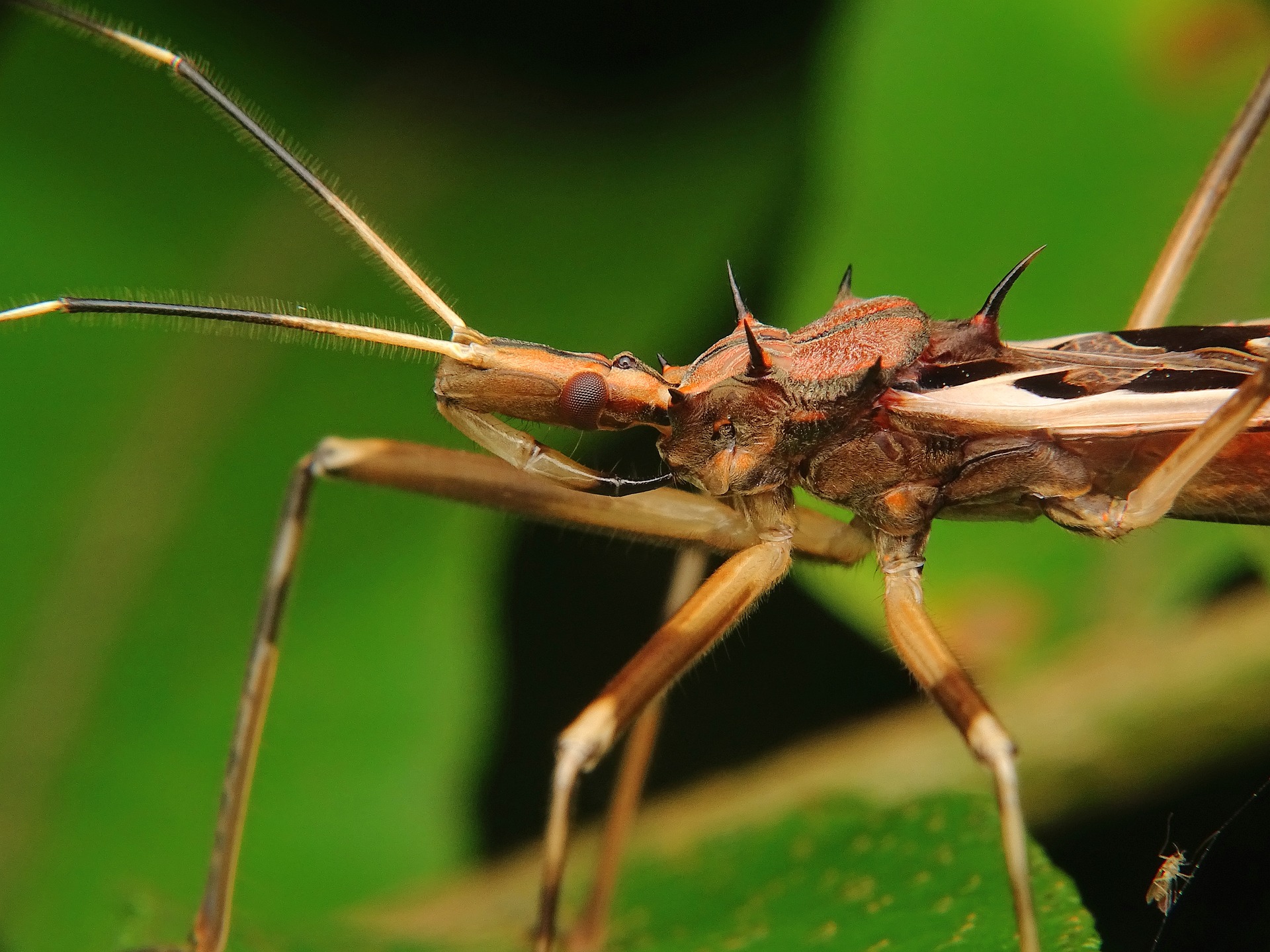 The crew of the Blind Jump continues their exploration of the underground Founder complex that seems to be filled with bugs. Ahead of them, an airlock leads into a large space resembling a research lab. On one wall hangs a rack of Founder belt-devices. Max, Binx, and Whooey enter the lab through the airlock, intent on scavenging the belts, followed by Miaulong.

Miaulong’s suit starts blaring an alarm – there’s a breach in her power armor letting in the air from the lab. Whooey’s, Binx’s, and Max’s suits breach seconds later. “My atmosphere!” yells Max. Whooey and Binx immediately become sick, while Max and Miaulong seem less susceptible. Miaulong immediately grabs Whooey and drags him back to the airlock. Max snags the three belts and everyone retreats to the airlock. On examination, the belts appear to provide biochemical shielding, and Whooey works out how to activate them.

Using his Founders medkit, Whooey cures the disease in everyone who entered. With the belts, the crew shuttles their way across the lab space, with Whooey carrying belts back and forth for everyone to use, and they continue their exploration.

Miaulong sees something odd in the floor below and pauses, just before the floor collapses under Max and Whooey. “My floor!” yells Max. Fortunately, the two crewmembers land without serious damage, and Miaulong is able to haul them out with the ribbon climber. As they continue, they come to a large open space.

The space is filled with tall vertical tanks; hovering among them are several insectoid drones. Binx quickly determines that the tanks are used for chemical storage, and the crew falls back before the drones notice them. “Shoot the tanks,” suggests Whooey.

“So we try to explode the things and then we all hide behind Miaulong, right?” says Max.

After some discussion, the crew agrees to go after the bugs directly. Max charges in and sprays needle fire across three different bugs. Two go down immediately, but one is only grazed through a wing. Shuhb follows with his needle pistols and autoneedler, taking down two more. “Aw man, I just destroyed another snack!” he yells.

The drones fly in and attack with huge stingers. Binx fires on the incoming bugs with her needle rifle, injuring one, and Whooey hits one on the way in with his welding torch, scorching it. One stings Lefty, but the stinger just snaps off against Lefty’s battle armor. Miaulong shoots his lightning gun, hitting a drone and exploding it in a splatter of innards. Ignoring the bugs menacing him, Lefty fires across the room striking some of the bugs and some of the chemical tanks. The tanks explode, destroying two of the bugs.

Binx fires again, taking down another drone. Shuhb fires his gauss needle weapons, shredding two more. A bug bites at Whooey, but fails to get through his armor, and Whooey retaliates by roasting it with his welding torch. Max slashes the last with his cyberblades, carving it in half. After a search of the area, Whooey decides to analyze the stored chemicals. After a bit of work, he determines the containers are full of phosphine gas. “What is this good for?” muses Whooey.

“This is Founders Phosphine! We can market this!” exclaims Shuhb.

After deciding to pass on the phosphine, the crew proceeds further into the complex. In a few minutes, the crew finds a corridor full of bioluminescent insects. The insects begin moving towards the crew. “They’re so pretty,” says Miaulong.

“Set it on fire,” says Max, as the insects start crawling onto the crew’s environment suits. Max fires a concussion missile into the swarm, and glowing blue goo splashes all over him and Whooey. The insects flee the explosion as Miaulong samples some of the goo for future use.

Further in, the crew finds a corridor full of choking black smoke. “Just follow my glowing body,” jokes Max. The crewmembers begin to crawl blindly through the corridor, and Shuhb finds a hatch in one of the walls. Inside the hatch is a device, and Shuhb drags it along with him. Whooey promptly grabs it and assesses it, determining that it is a Founder ion blaster.

“I do,” says Miaulong, and persuades Binx to attach the blaster to his armor. Continuing into the complex, the crew reaches a very large open space. Multiple exits lead out from the space, which appears to be some kind of a central engineering space filled with pumps, piping, and other fluid handling equipment. In the center of the room is a control console with a Founder device resting on it. Whooey and Max head for the control panel, while the others take defensive positions and watch. Suddenly, insectoid drones drop from the ceiling in an ambush…