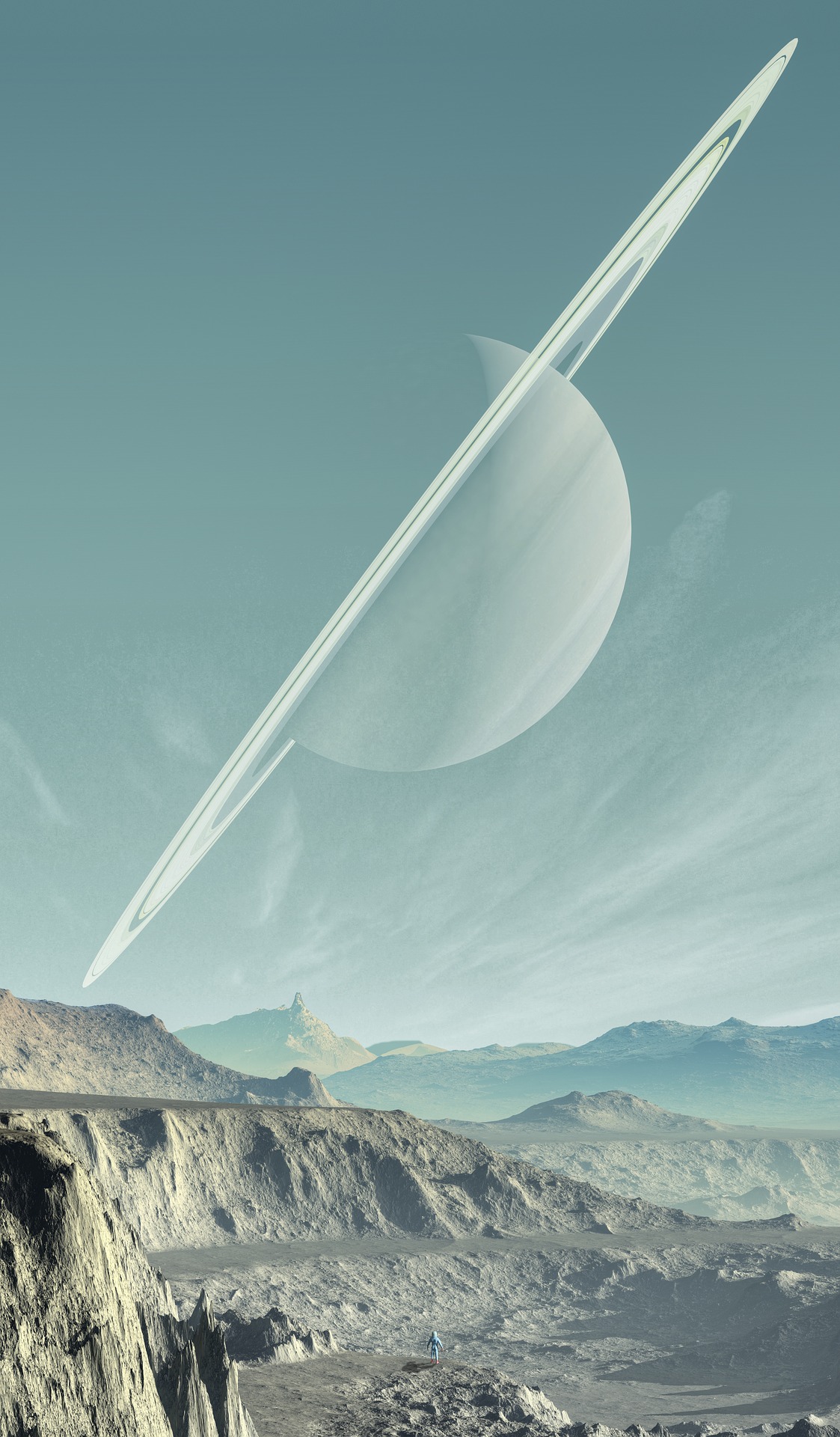 The crew of the Blind Jump continue their exploration of a strange, psychadelic underground moon base. As they continue into the depths of the base, they suddenly realize that time has advanced five minutes without any warning. “I’m not totally a fan of my life being stolen from me,” comments Max.

The crew finds an ascending pathway and follows it up, but abruptly the floor liquifies under their feet. Whooey quickly swims clear and turns to help the others, particularly Binx, who is a terrible swimmer. With a bit of struggle, the crew manages to extricate themselves before the floor resolidifies.

A bit further on, the crew reaches a large circular room filled with bizarre, brain-bending holograms. Binx and Lefty are frightened badly, but Miaulong literally passes out with shock. Taking a few minutes to recover, the crew surveys the room and sees two other exits from the room. As the crew crosses the room, Max notices movement and shouts a warning just as strange insectoid mechs burst from the walls. “They look delicious,” yells Shuhb, drawing an autoneedler and two gauss needlers and firing them all at the nearest mech. The autoneedler hits and shreds the mech.

Miaulong fires his lightning gun at another mech and strikes it, but the mech absorbs the attack and keeps coming. Binx opens up with her needle assault rifle, punching through the scars from the lightning gun and downing the mech. The mechs return fire as they charge, hitting Miaulong without effect and Whooey hard enough to slow him down.

“So you want to get in a fistfight because your fighting skills are bad, eh?” yells Max. Whooey whips out his Founder welding torch and swings wildly, missing the mech. Lefty swings his own welding torch but doesn’t manage to hit the mech as it charges. Max extends his cyberblades and slashes a gouge into the mech’s chitinous armor.

Lefty swings as a mech comes into range and roasts it with his welding torch. “My dinner is prepared,” gloats Shuhb. Max slashes at another mech with his cyberblades and gouges into the armor again. Miaulong attempts to overcharge his welding torch and it explodes, killing the creature but also blasting several of the crew, wounding Miaulong and Shuhb, and badly injuring Binx and Max. Whooey swings his welding torch and connects, but only grazes the mech he is fighting. The mechs strike back, but fail to connect with anyone.

The wounded Binx fires at one of the mechs but misses. Miaulong falls back and mutters, “I must be cursed today.” Shuhb fires his autoneedler and gauss needlers, dropping the two remaining mechs. Shuhb and Whooey patch up the crew’s wounds and they proceed further into the installation. Abruptly, the air seems to liquify around them, as though the atmosphere is converting into a thick ooze. Most of the crew power through, but Whooey and Lefty are trapped, and the air begins to crush them. Miaulong attaches his ribbon climber to Max and then he dives back in, but is unable to move forward. Miaulong retracts the climber and Max tries again, this time managing to extract his crewmates.

Deep in the complex, the crewmates each encounter an illusion of a former comrade – Shuhb’s arthropod dealer Gruhb, Miaulong’s neighbor from his homeworld, Binx’s rival drone jock Luna, Max’s former bully Dmitrokopolus, Whooey’s mentor in Foundernet Balancing Riddles, and Lefty’s sponsor Apollo who helped him get offplanet. Each hears a different message:

Binx: “The flowers arrange to the smell.”

Max: “Place the creatures on their paths to gain what you seek.”

Whooey: “Abandoning the Path of Contemplation is not without consequence.”

Lefty: “In the great city, the metal guardians will yield to those who know the code.”

After these utterances, the figures vanish. Miaulong checks his Sensedrive and confirms the words were recorded, but the images were not. Confused, the crew continues, reaching a room with pristine white walls. As they enter the room, vegetation abruptly appears throughout the room, shocking Lefty and Binx. The vines in the center of the room show the coordinate fragment, but there are also mysterious flower stems to analyze…