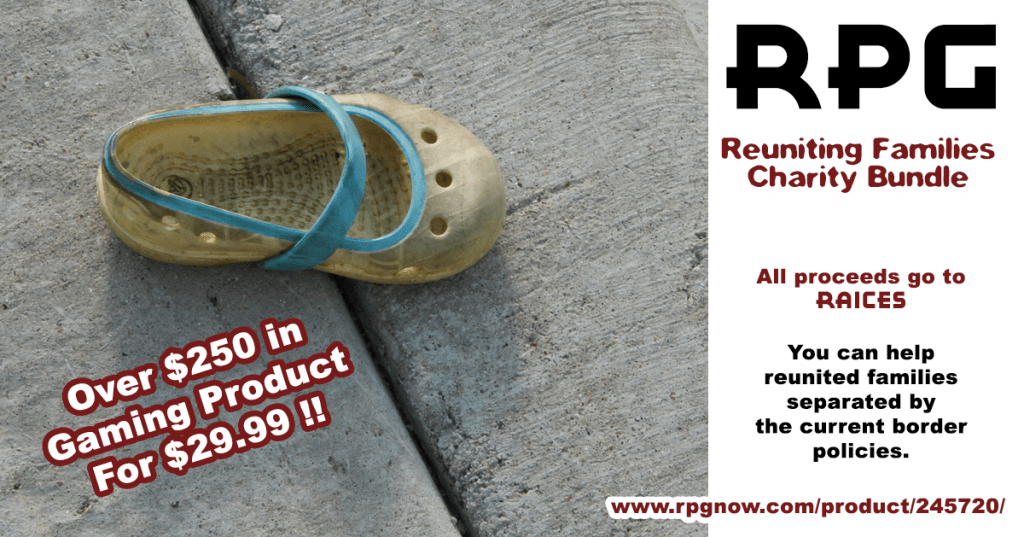 Happy Monster Press and over a dozen other RPG publishers have assembled the Reuniting Families Charity Bundle. For $29.99, you get over $250 of gaming products, some Savage Worlds and some system neutral (including the Children of the Apocalypse setting and both additional adventures). Even better, all the proceeds from this bundle go to RAICES, the Refugee and […]

The heroes pursued the “hulked-out” Benny “Too Small” Ramirez through the late-night streets of Pinebox, eventually tracking him to a small apartment building. Mariana’s keen hearing allowed them to locate Benny in his girlfriend’s apartment, chugging from a flask and at least marginally calmer, while Marco covered the rear exit of the building. The girlfriend, […]

New Children of the Apocalypse Adventure 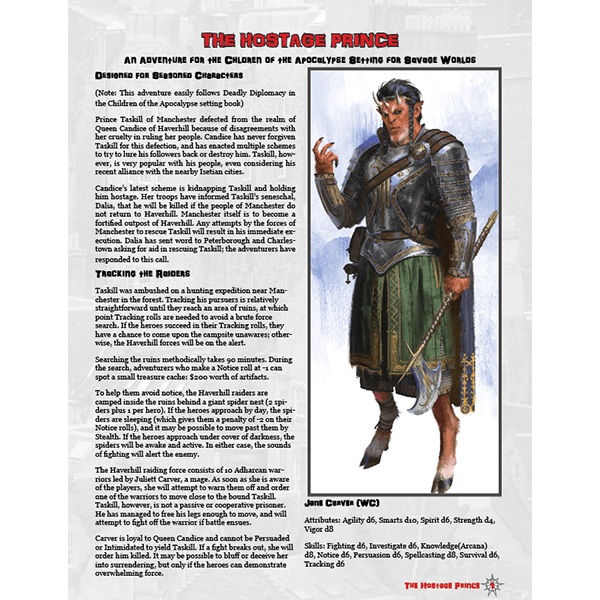 A new adventure, The Hostage Prince, is now available on Drive Thru RPG!  Pay what you want, and see if your heroes can rescue the captured adharcan Prince Taskill.

As their Junior year was winding to a close, the heroes found themselves at the Pizza Barn, enjoying a well-earned study break, when Marco and Ryo noticed another student athlete, Benito Ramirez, entering with a woman who appeared to be his girlfriend. Both noticed that Benito, formerly nicknamed “Too Small”, seemed to have added some […]

I will be running an online game for Roll20Con again this year! The game is an excerpt from the Children of the Apocalypse campaign, and will run starting at 2:00 PM Eastern time on June 23. You’ll find “Those Who Would Be Gods” on the Roll20.net Join a Game page – search for Savage Worlds and Roll20Con2018 […]

Having determined the location of the witch who cursed the Brazen Hussy’s beer, the Juniors returned to their vehicle, only to be intercepted by two fanged homunculi. The imps attacked, but were quickly dispatched by focused fire from the now heavily-armed investigators. The team piled into Mariana’s SUV and headed for the witch’s location in […] 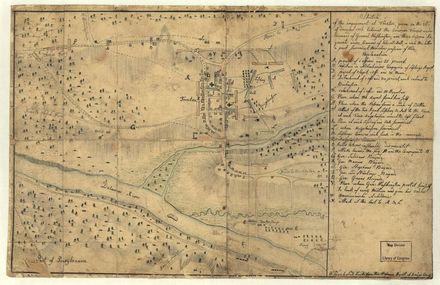 The British attack on Sullivan’s Island saw brave action by both Francis and Jacoby, both aiding General Charles Lee in repulsing the British attack. With Charleston temporarily safe, the Legion reported to Washington at Valley Forge. Unfortunately, the fighting against British forces had not gone well for the colonists over the last few months, and […]