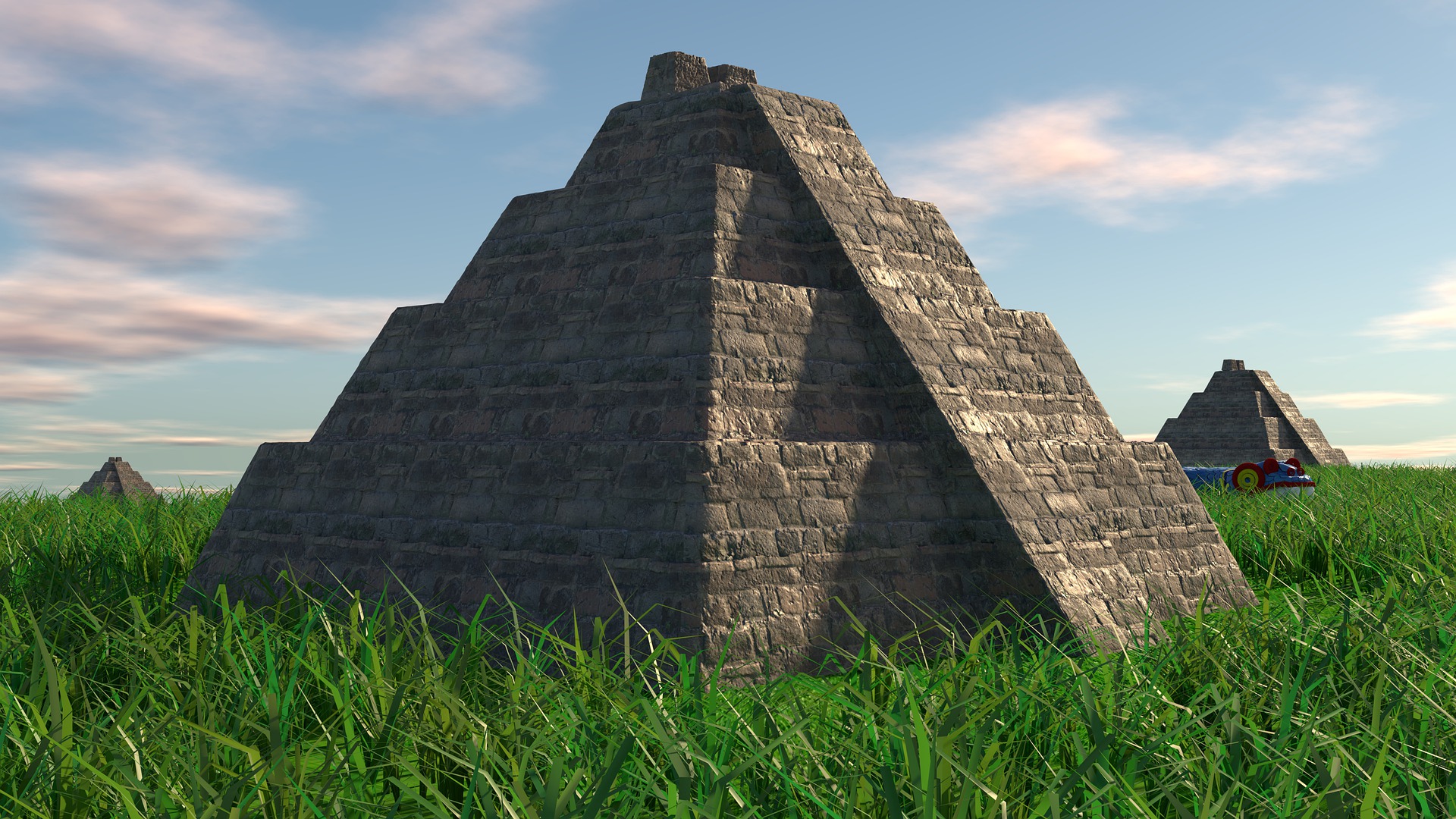 After accidentally poisoning the settlement of native Churaks, the crew decides to split up, with Binx and Shuhb remaining outside to tend to the sick while Max, Whooey, Miaulong and Lefty explore the Founder pyramid.

The four explorers pass the incapacitated guards and head for the pyramid entrance. Inside, they find a large, columned space with a channel running through the middle to the outside. Whooey spots something moving behind a column, and Shuhb trains his needle rifle on it, waiting to see what emerges. “Let’s flank it,” he says to Miaulong, and the two move forward. They only move a few steps before automata burst out from behind the columns brandishing rayguns.

Lefty vaporizes an automaton with his plasma bolter before they open fire, hitting the crew multiple times but inflicting no real damage. Max fires and takes another down, punching a needle right through the robot’s shield. Whooey fires his microwave raygun, but it does nothing to the metallic automaton, so he ducks behind a column. Miaulong fires her lightning gun , blasting a hole in one of the robots’ shields. The robots return fire, singing Max, and badly burning Lefty. Max fires again, threading a needle through the hole in the shield Miaulong just created and taking a robot down.

Whooey charges in with his welding torch, melting through an automaton’s head. Recovering from his burn, Lefty fires his plasma bolter and vaporizes another robot before diving for cover. Max sprays needles downrange, striking three automata and taking all of them out. “Damn, I hope Miaolong got that on camera,” says Max.

Whooey heals Lefty’s burn with his Founder medkit and the quartet climbs higher into the pyramid. Soon they encounter a section of corridor where the floor is red hot. Whooey and Miaulong’s power armor protects them, so they are able to string the ribbon climber across and use it to shuttle Max and Lefty across. Continuing to explore, they find a large auditorium-like space. Seeing no threats or opportunities, they proceed through and continue their explorations.

Further in, the quartet finds a small chamber with complex controls. Whooey studies the controls, and thinks he might be able to do something with the interface. After a few minutes of study and experimentation, he feels like he succeeded in activating something, but he is not clear what. The crew proceeds and finds a very large space, where a number of constructs are moving around the room excavating the walls and polishing the stone blocks that results. Four shielded automata like the ones from the entrance patrol the area. As the crew enters, the four automata move in front of them and lock into a shield wall formation.

Max attempts to maneuver around the robots again, and gets a certain distance before the construct blocks him again. “Everybody aim, and we’ll all take them down at once,” suggest Max. Whooey retreats, but the other two level their weapons at the constructs’ head. The three remaining crew fire, finishing off their targets, but the construction units turn their attention to the crew and ignite their plasma torches. Whooey sees that a fight has started and ignites his own welding torch, melting the head of the shield construct facing him.

Lefty falls back, firing his plasma bolter and blowing one of the construction bots away. Max fires his rifle and takes down another with a burst of hypervelocity needles. Miaulong fires a missile but misses, as the construction bots move towards the crew. One drives its plasma drill towards Miaulong, but his power armor manages to deflect the energy. Lefty fires again, vaporizing one of the two remaining bots, and Max fires his rifle again, hitting both the last bot and Miaulong. While Miaulong is injured, the bot is destroyed. Whooey deploys his Founder medkit and patches up Miaulong’s injuries.

The four crewmembers climb further into the pyramid. As they pass through a corridor, they hear voices speaking Churak ahead. The quartet attempts to sneak past, but are rather loud about it. Six Churaks burst out, waving swords and spears, and one says, “I wonder if these are good eating.”

“I’ve got an incredibly scary death thrower that says we aren’t,” answers Max in Churak.

The Churaks look them over, and the spokesman says, “You are not Churak. Who are you?”

“I’m the guy with the incredibly scary death thrower,” says Max, firing a needle into the ground. The Churaks are suitably impressed.

Lefty steps up. “The ones outside said none of your kind ever entered the pyramid. Why are you here?”

“We do not believe in these false gods.”

“Did you create the mechanical constructs that live here?”

“No, they killed many of our number before we found this hiding place. Now we subsist on the strange creatures that live here.”

“Do you need rescue?”

“We are Churak warriors! We need no rescue.”

“Well, maybe you don’t need rescuing, but those machines are dead. I killed them with my death thrower,” notes Max.

“Indeed, your weapon is mighty!”

“There are strange creatures here that consume metal.” One of the Churaks holds up the stub of a sword, seemingly consumed by acid.

“Did you make that sword, or did it just come out that way?” asks Max.

“This sword was made of the metal from the pyramid. One of the creatures consumed it during a hunt.”

“Could you lead us to these creatures?” asks Lefty.

“They have a great lair at the base of the pyramid, a very dangerous place. We hunt them outside that space, but we cannot predict where they will be.”

Max asks, “Are there any rooms with weird devices around here?”

“This whole place is full of weird devices.”

Lefty shows them a coordinate fragment, and they say, “We have seen many such writings, all around us.”

The crew decides to move on, and continues their climb. They enter a chamber filled with pod-like devices connected to the ceiling. They appear to be cryogenic storage pods. The crew investigates, and they find that some of them have Churaks, while others have what appear to be evolutionary precursor Churaks. Founder-tech control panels appear to give access to the contents of the pods. Whooey examines the controls, and believes he could thaw a Churak safely, but opts not to, and the crew climbs further.

Whooey spots an interesting looking control console in an alcove off the corridor. It appears to be a special equipment locker, and Whooey starts working on hacking the locker. A small compartment pops open revealing a Founder device resembling a harness with connections for two limbs. Some analysis determines that the device allows the user to phase through earth or rock, and Whooey promptly puts it on.

The crew locates a control console with a thin, square, yellow piece of metal on it. The metal shows the coordinate fragment the crew is seeking. Whooey makes a run at hacking the control console, and a sequence of numbers appears. The crew puzzles out the code and enters it, and the numbers disappear. The display reveals a complex chemical formula. Whooey analyzes the formula and determines that it is a metallic compound and could be replicated, and might be the formula for the strange metal produced by the pyramid. The crew exits the pyramid to meet up with Binx and Shuhb…